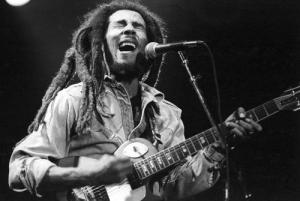 This month the world celebrated the birth of Jamaican crooner Bob Marley. It was Friday, February 6th to be exact. Well, we here at IGW decided to keep the party going….sort of. Author Dionne Pert  was kind enough to share with us some of her favorite Bob Marley songs. Yah Mon!

On Friday, I posted a photo of Bob Marley on my Facebook page in recognition of what would’ve been his 70th birthday. A friend asked me what he represented to me and that really got me thinking. Bob Marley and reggae music played such an important part in helping shape my Jamaican identity while growing up in Canada, and his music taught me so many things. I love all of his songs, so it is hard to pick just five, but here are some favorites:

I love the first line of this song, “Live if you want to live!” Positive Vibration always lifts my spirits and reminds me to focus on the good in my life and to “make way for the positive day.”

Released on the album, Survival, Zimbabwe is one of those protest songs that gets you moving and gets you thinking. “Every man gotta right to decide his own destiny.” Zimbabwe was a call to action for Blacks to rise up against the minority rule of the White Rhodesians. It’s a reminder to fight for “you.”

Turn Your Lights Down Low

Bob Marley encouraged spirituality and advocated for freedom, but he was also a romantic. Turn Your Lights Down Low puts you in the mood to spend a quiet and easy night with a special someone. The version on the Exodus album is timeless and classic and the version with Lauryn Hill on Chant Down Babylon is really well done too.

Could You Be Loved

Some claim this is a love song, some say it was written for the poor and struggling, and some say it was Bob Marley reaffirming his faith in Rastafarianism. I’m leaning towards the last two interpretations: “Don’t let them change ya! Or even rearrange ya!” Be true to yourself and stand firm in your beliefs.

The Live Forever: The Stanley Theatre, Pittsburgh, PA, September 23, 1980 album is a recording of Bob Marley’s last concert performance before his death. “Rise up fallen fighters, rise and take your stance again!” In The Heathen, Bob Marley definitely lets you know the importance he put on spirituality. This song is at times quiet and low, but it is also energizing.  It makes me sad that I never had the chance to see a live performance.

During my first years of practice, my managing partner had all the attorneys pick a war or “going to court” song. Mine was Crazy Baldheads. Yeah, I was reclaiming everything that was taken and then I was going to run you out of town (court)!

That’s my five (well, six). Notice that I didn’t number them; I couldn’t. I think they’re all great and there’s many more I would add to the list, so there’s no way I could rank them.

Author Dionne L. Peart was recognized by the The Jamaica Gleaner  as “part of an emerging genre of writing by Jamaicans in this society. A Jamaican descendant, Peart was born in England and raised in Winnipeg, Manitoba, Canada. She currently resides in Washington, DC where she practices law and is working on more books including Blackheart Man, a story based on a Jamaican legend where a string of tragedies on the island sparks the hunt for a young man with a questionable past. Two of her writing inspirations are Marlon James and Edwidge Danticat. .” BET.com featured Somerset Grove on their “You Gotta Have It” list for January 2015. Visit her at www.DionnePeart.com. 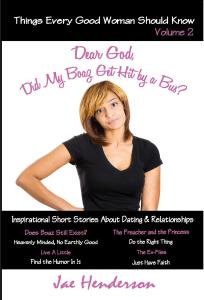